Nature reserves of the Amur Region: Khigansky, Norsky and Zeya

There are three large nature reserves in the Amur Region. In the Khigansky nature reserve, there is one of the largest lotus plantations, and cranes build their nests here. In the Norsky nature reserve, you can observe a unique phenomenon: mass migrations of Siberian roe deer. The Zeya nature reserve is notable for its canyons, and for housing such a rare bird as the Siberian grouse.

The Khingan nature reserve is located on the left bank of the Amur, in the South-East of the Amur Region. This territory is known for its rare birds, especially oriental storks, red-crowned cranes and white-naped cranes. 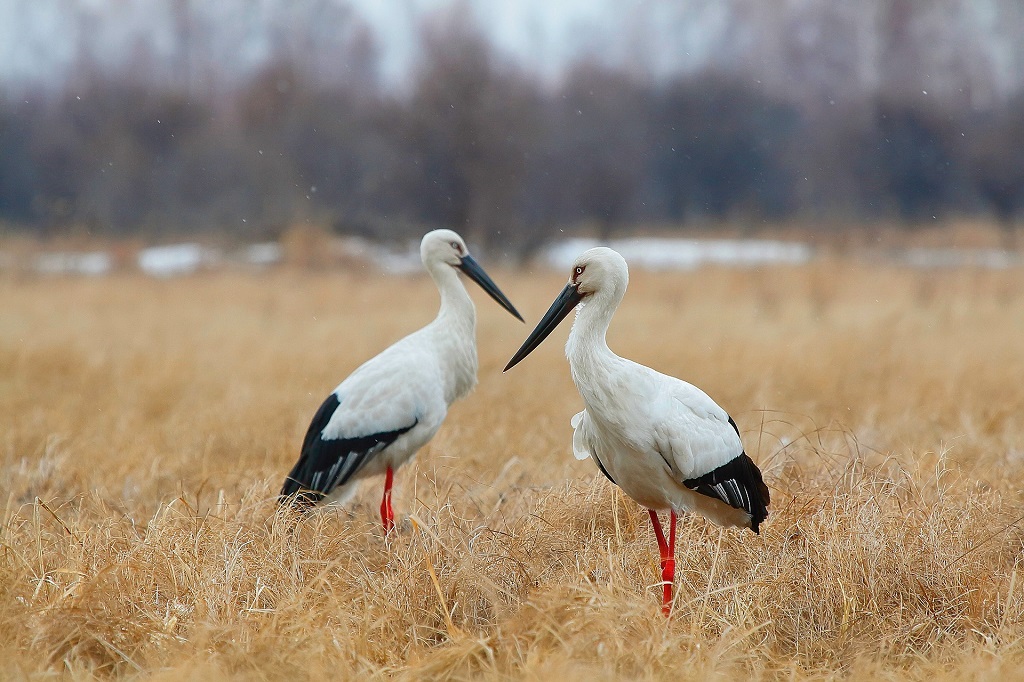 The reserve's employees receive eggs of endangered birds from large zoos and hatch them in incubators. Adult birds are then ringed and released. Birds bred in this way adjust to life in the wild. The specialists have already bred and released in the wild more than 150 cranes, contributing to the preservation and growth of the population.

The characteristic colour pattern of the white-naped crane is large white stripes along the whole length of the neck, a red face patch and pinkish legs. According to tradition, white-naped cranes are named after Greek mythological figures. In the winter, they migrate to Japan and Korea. 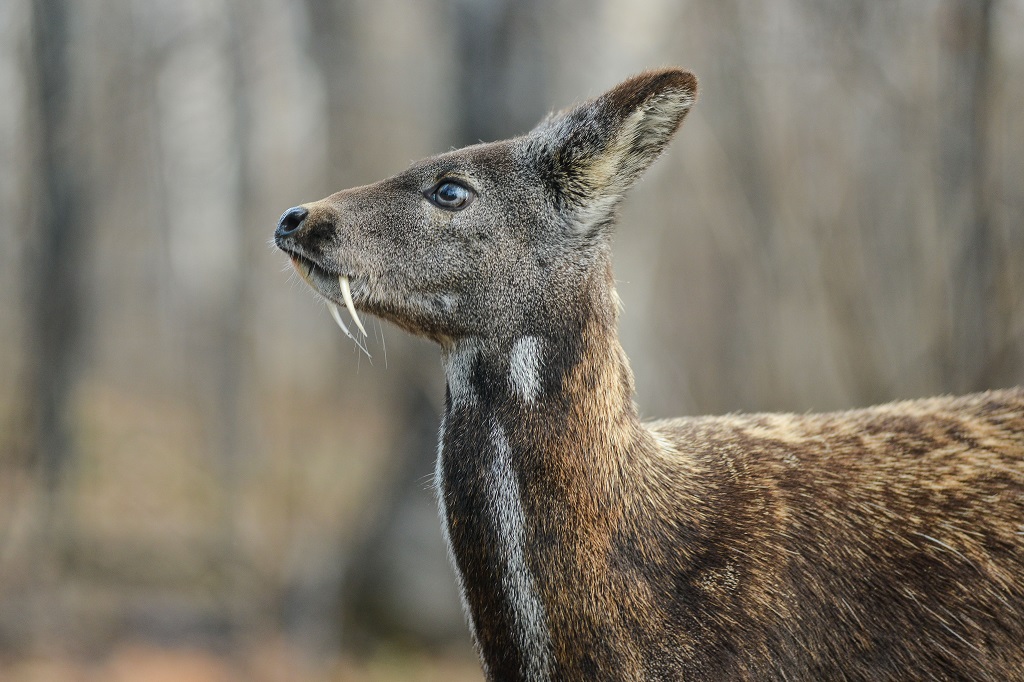 Erakticha mountain is the highest peak in the Khingansky reserve. It rises 502 m above sea level. Here you can see the Siberian musk deer, the smallest deer in Russia.

Go to Dolgoe lake to see the Komarov lotus in bloom. This is one of the largest lotus plantations in the Russian Far East. 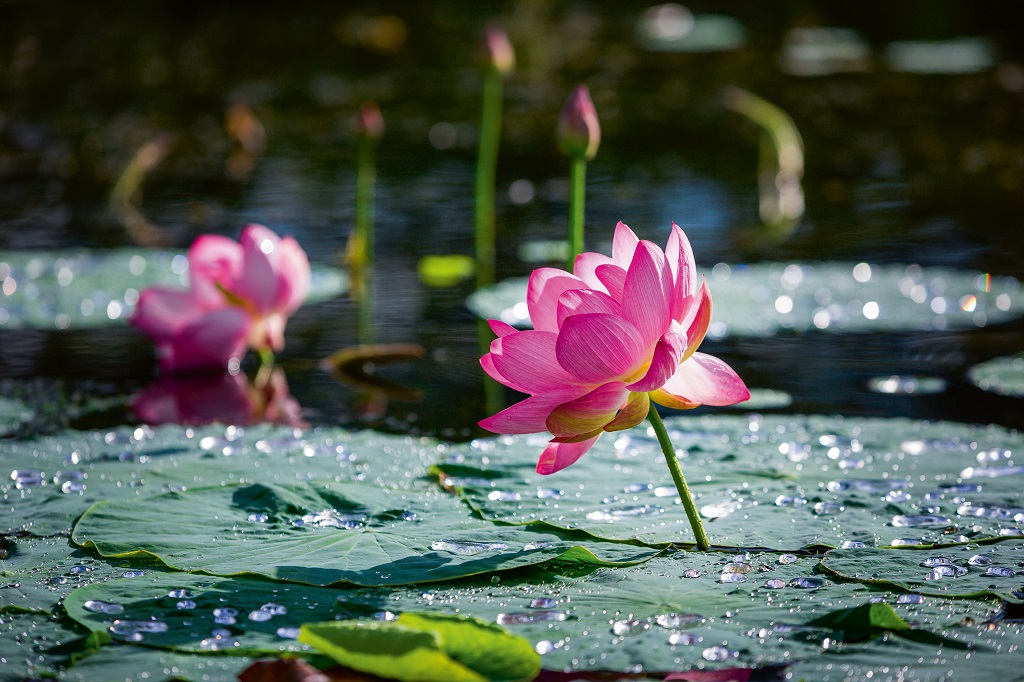 The first swamp nature reserve is located in the north-east of the Amur–Zeya Plain. The landscape of the reserve consists of swamp areas. Shallow marshes and swamps are created by the constantly thawing permafrost. As soon as the temperature rises, rhododendrons bloom in the meadows, and in the autumn lingon berries ripen.

In the migration period, in the Norsky reserve there are from 5,000 to 7,000 Siberian roe deer.


The best time to see Siberian roe deer is in September, when the animals migrate south-west, away from the snow and predators. The Siberian roe deer's main enemies are wolves, lynxes and foxes. Siberian roe deer are most active at dawn and dusk. In the autumn, you can observe a unique phenomenon: animals crossing the river in mass.

In the winter, moose descend from the mountains to the reserve.

The Norsky nature reserve also houses the black stork. Here is the highest population density of this bird in the whole world. In the protected territories, you can see red-crowned cranes and hooded cranes. The latter is also called the monk crane for its colour and evasiveness. The whooper swan also nests here.

A special route has been developed for tourists, which includes rafting on the erratic Selemzha and Nora rivers. Visitors are taken to the Maltsevsky cordon, from where they can watch the migration of the Siberian roe deer. They can stay overnight in guest houses and tents. There is a sauna, where you can relax after a long day.


To reach the nature reserve, you can take the Baikal–Amur Mainline (BAM) from Tynda to the Fevralsk station, or the Trans-Siberian Railway from Blagoveshchensk to Belogorsk or Svobodny (from there you can take a bus to Fevralsk, the trip will take about 5 hours). You can also go by car. If you start from Blagoveshchensk, follow the road to Belogorsk, and then to the Novokievsky Uval village.

A permit is required to visit the reserve. You can request it by filling in the form on the website.

The Zeya nature reserve is north-west of the city of Zeya. Most of it is covered by woods: fir trees, birches, alders, pines, oaks, poplars and willows. You cannot just take a walk in the reserve: the steep slopes of the mountain range, divided by the deep canyon-like river valleys, make it impossible.

There are two eco-trails for tourists: Tukuringra Barrens and Forest Science. The first route takes two days, and includes the most interesting places in the reserve; the second one takes from 3 to 5 hours, and will introduce you to its rich flora and fauna.

The most attentive visitors may spot such a rare bird as the Siberian grouse.

The Siberian grouse looks like a hazel grouse, but it is larger and darker. It eats fir and spruce needles. Indigenous peoples believe that the Siberian grouse saved the life of the First Hunter when he injured his leg in the taiga, could not move, and was starving. This is why the grateful descendants never kill the Siberian grouse: this bird saved the entire human race at the cost of its own life. People may harm this bird only if they are at risk of dying from starvation.

You can reach the Zeya nature reserve by bus or by car from Blagoveshchensk. Travel time is about 7 hours. Another point of departure is the Tygda railway station, from where you can catch regular buses. To visit the reserve, you need to obtain an official permit from the administration of the reserve. It is open year-round, from 9:30 a.m. to 5:00 p.m. You can stay in the territory of the Zeya natural reserve only in the presence of its employees.