Amur Region is full of wonders. But, as locals say, seven of them are an absolute must-see: three man-made monuments and four creations of nature. They are Our Lady of Albazino, Albazin Fortress, Burning Mountains, Amur Museum of Local History, dinosaurs, lotuses and petroglyphs.

The major wonder of Amur Region is the icon of Our Lady of Albazino. It has another name, which a quote from the Gospel of John: 'The Word Was Made Flesh'.

According to historians, the icon was created about 400 years ago. Now it is hosted by Blagoveshchensk Cathedral.

The icon is believed to be miraculous. One of the legends tells that it saved the city in summer 1900, during an attack from China. A lady in white, with a child in her arms, appeared on the riverbank. Enchanted by her beauty, soldiers put away their weapons. Expectant mothers often come to the icon to pray since the Mother of God is depicted with the child in her womb. 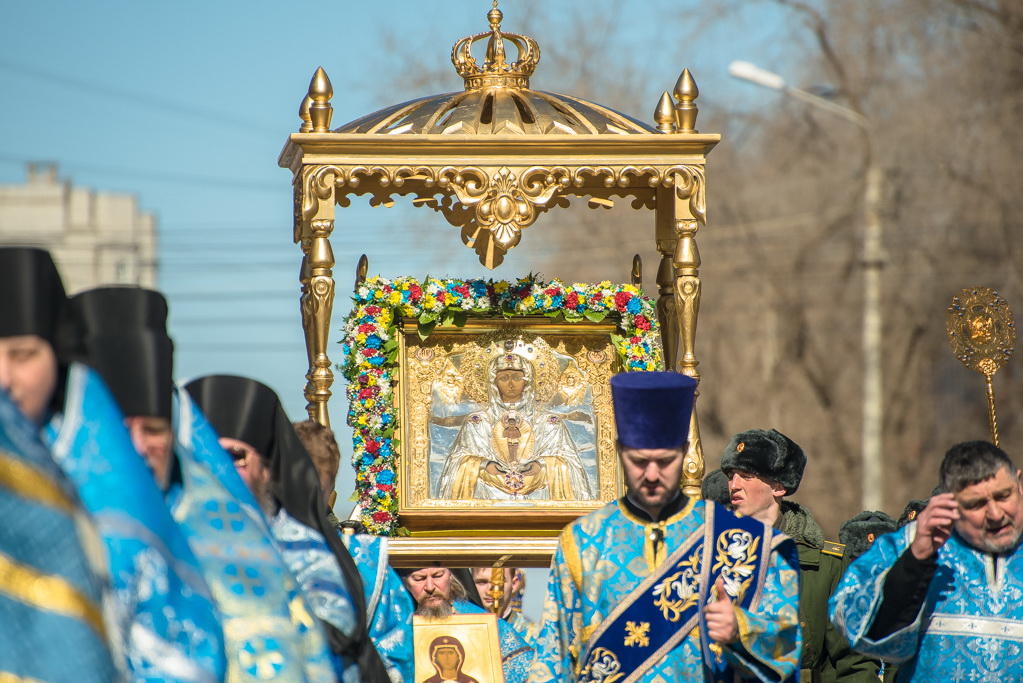 Remains of the 17th-century Russian fortress is considered one of the major archaeological landmarks of Amur Region. It is located in the village of Albazino, on the bank of the Amur river.

Archaeologists still carry out excavations in this area. You can familiarise yourself with their findings in Albazino Museum of Local History. It features a collection of crosses, home utensils and arms that used to belong to pioneer Cossacks. 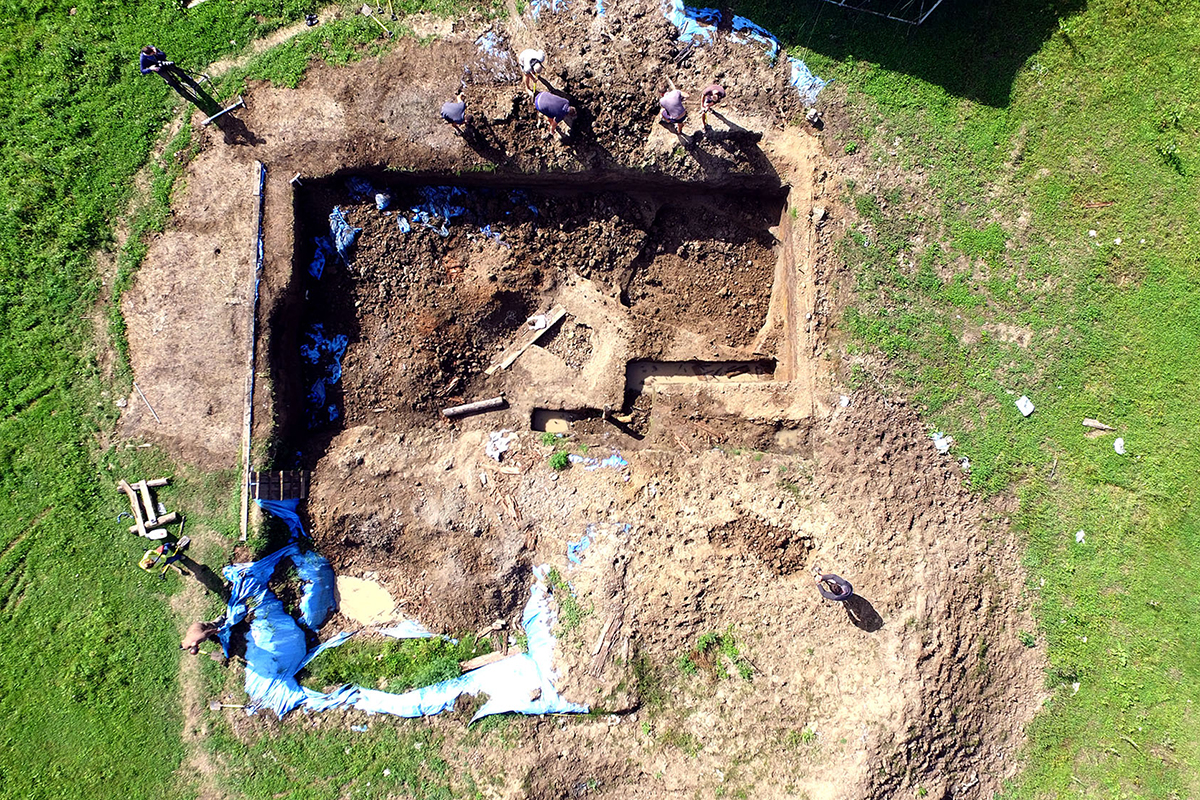 As scientists assume, this mountain range—a few kilometres of length—has been burning for more than three centuries after a spontaneous self-ignition. In hot dry weather, the Amur bank is literally glowing. The mountains are 350 km away from Blagoveshchensk.

This natural phenomenon has a scientific explanation. The mountains are composed of layers of sand and brown coal. When the turbulent Amur river makes sand collapse, the layers of coal are exposed to oxygen. It sets off a chemical reaction causing ignition. 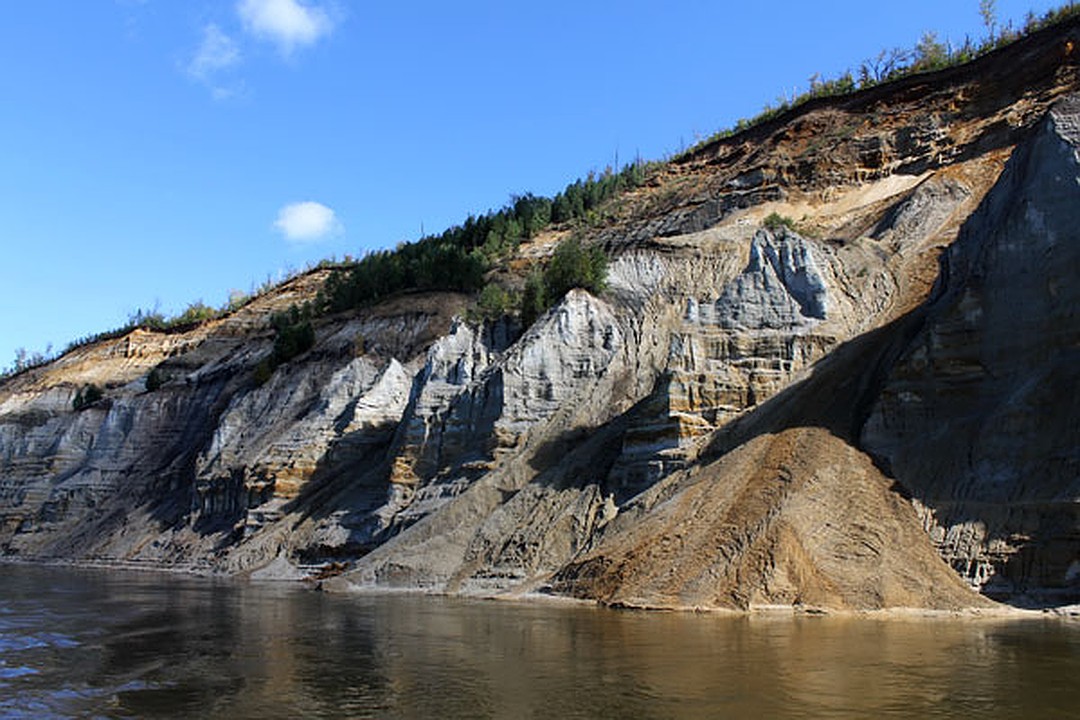 The Novikov-Daurskiy Amur Regional Museum of Local Lore is the most modern of the seven wonders of the Amur Region, although some of its exhibits are millions of years old. The museum is situated in one of the most splendid buildings of the city that slightly reminds of Moscow’s GUM. In the late 19th century this building housed a branch of the Kunst & Albers Trading company. Its founders, the Germans Gustav Albers and Gustav Kunst, were traders in the Far East.

Nowadays the museum hosts over 160,000 exhibits. Many of them are unique: for instance, one can see the Ust-Nyukzha meteorite and cloths of Evenki shamans. 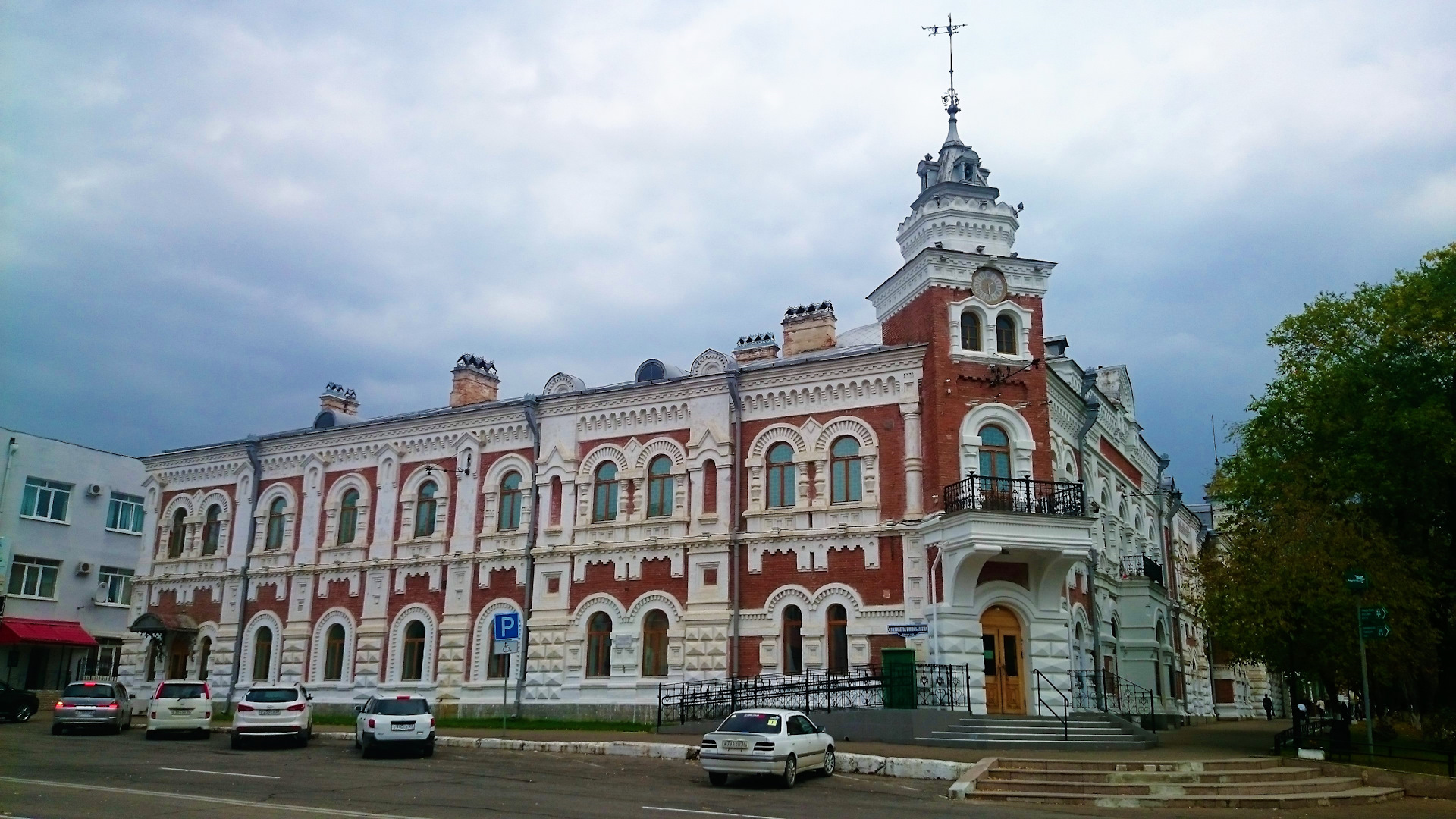 About 65 million years ago, Amur Region was home to dinosaurs. Blagoveshchensk, the capital of the region, is the only city in Russia where scientists still find dinosaur fossils.

A unique species of prehistoric herbivore dinosaurs discovered in Blagoveshchensk’s 'cemetery of dinosaurs' was named the Amurosaurus.

One of the most famous archaeological findings is the dinosaur known as Vanyusha. The skeleton of that Olorotitan (which means 'a giant swan' in Latin) was found in the early 1990s in Arkhara District, close to Kundur Rail Station. The lizard’s weighed about 3 t, and the scientists claim it was relatively small as the biggest Olorotitans could reach up to 12 m in length and 10 t in weight. These giant lizards were herbivorous.

Blagoveshchensk Paleontological Museum has the largest collection of dinosaurs in Russia. 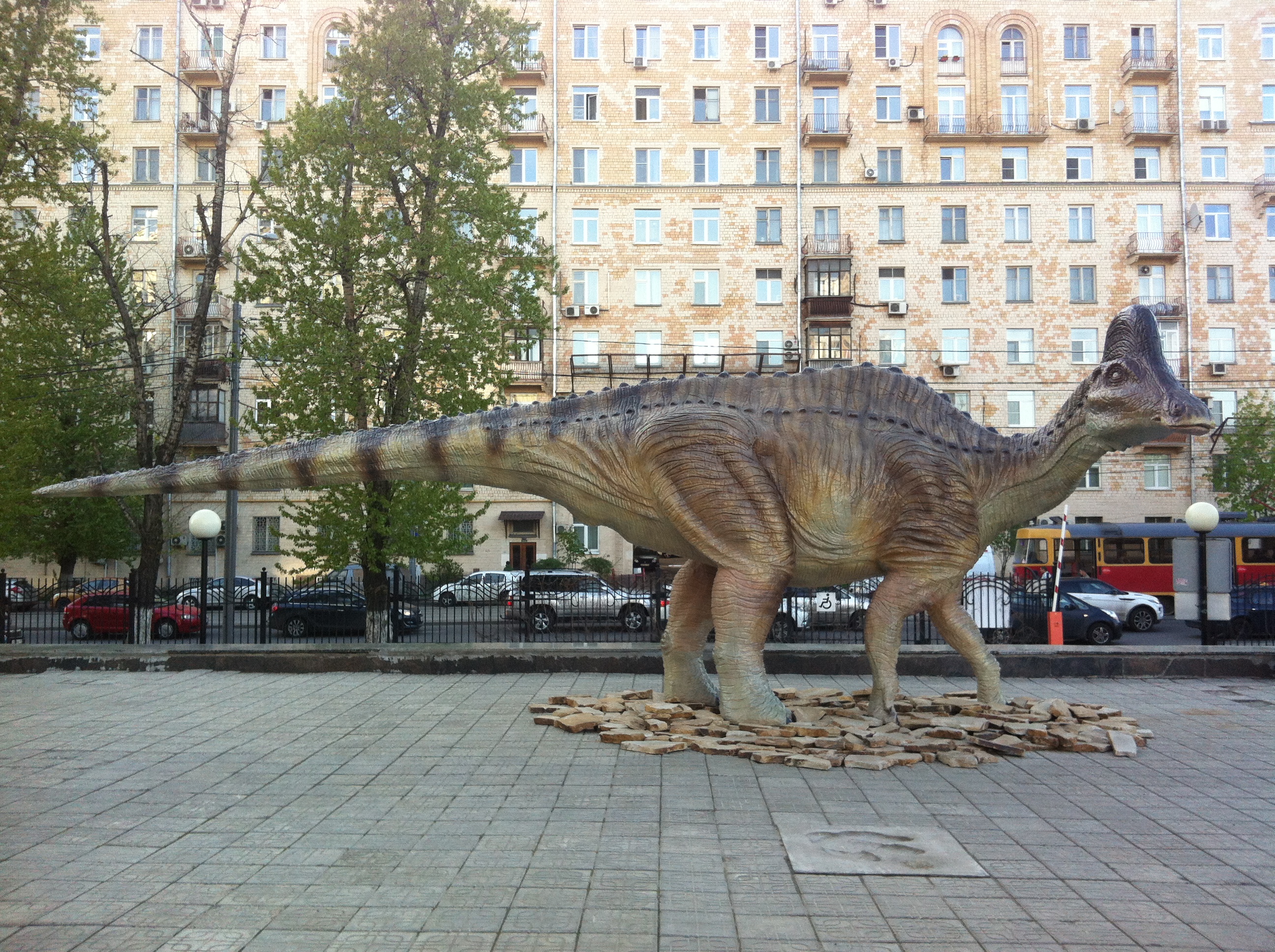 The Indian lotus is considered to be a symbol of Amur Region as this is the northernmost habitat of this magnificent flower.

In ancient Egypt, India and China these rosy-white flowers with purple tint were sacred. In Buddhism the lotus symbolises purity and enlightenment.

You can find lotuses in the settlements of Ivanovka, Novotroitskoye and Bureya. The largest plantation of blooming Indian lotuses is situated on the Dolgoye Lake, in Khingan Natural Reserve. 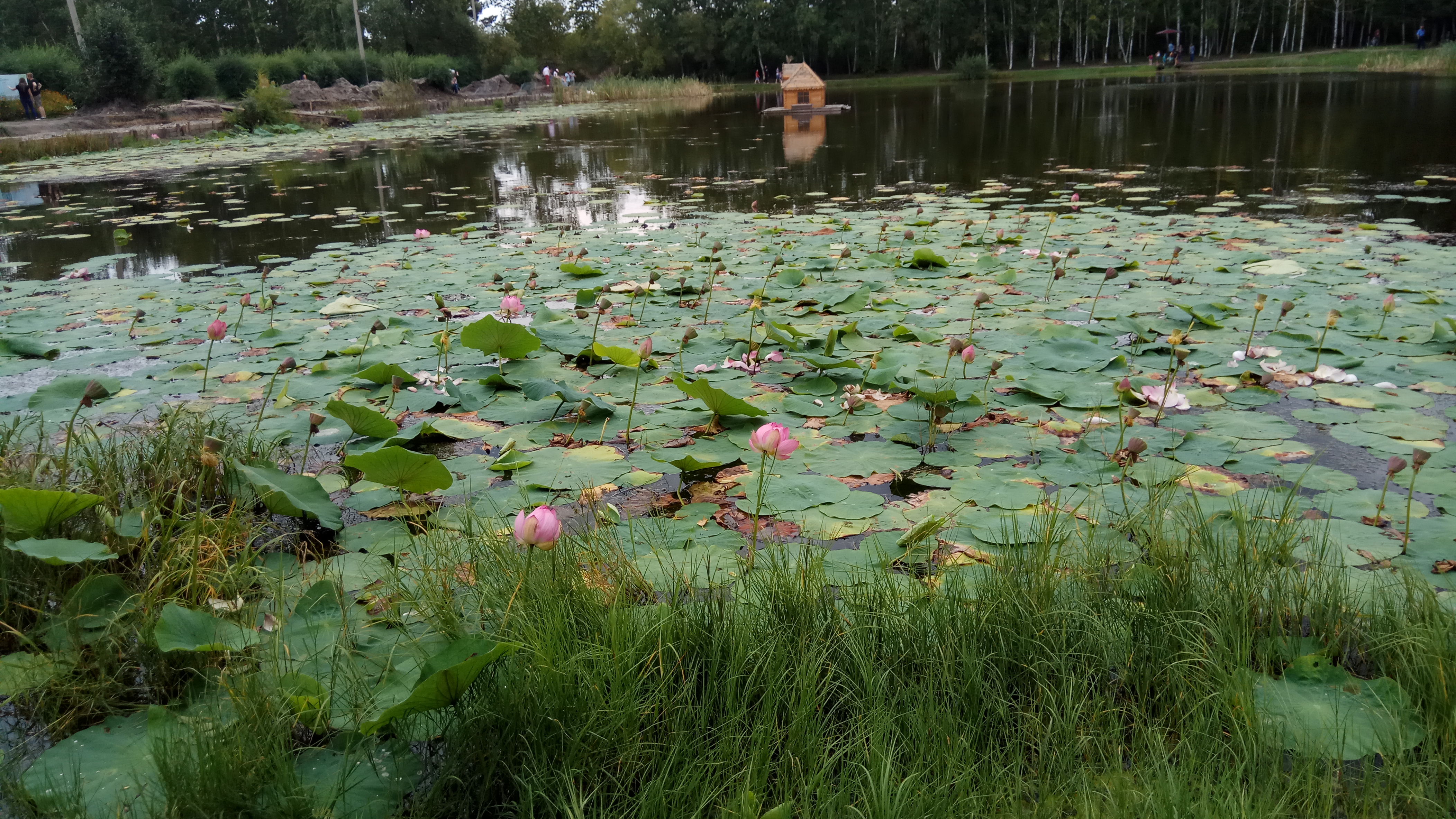 Ancient rock paintings can be found in various places of Amur Region. The most famous findings can be seen in Skovorodino District, about 30 km away from the village of Yerofey Pavlovich.

There is a stone pillar covered with well-preserved paintings. The ochre has deeply penetrated the stone. Close to the pillar, there are several other stones with pictures. Overall, there are over 80 petroglyphs here.They represent humans, animals, nature, mythological characters and abstract figures. The place is believed to be of sacred meaning for the Evenki. They used to administer their rites here.