The symbol of the Amur Region cuisine became dishes from taiga and river delicacies. Here, you can try a snakehead ukha broth, roasted fern salads, cranberry jam and vareniki dumplings with honeysuckle. 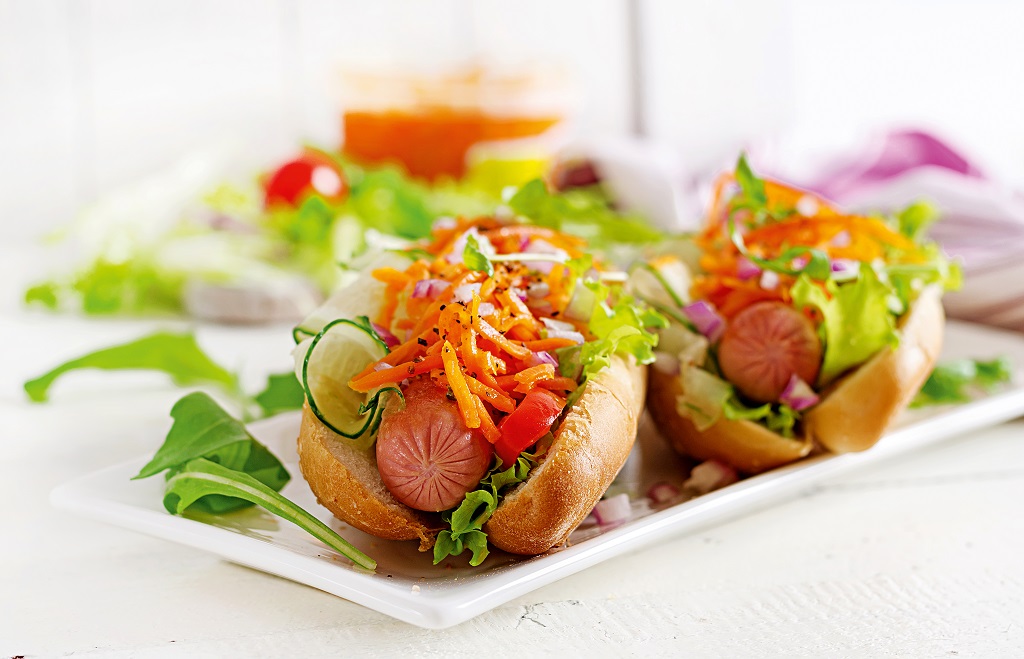 Even fast food in the Amur region has oriental notes: for example, residents of the Amur Region are used to add spicy Korean carrots and Mala Xiang seasoning based on three varieties of pepper. Another favourite type of snack is Pyanse (spicy Korean steamed pie filled with cabbage and meat). 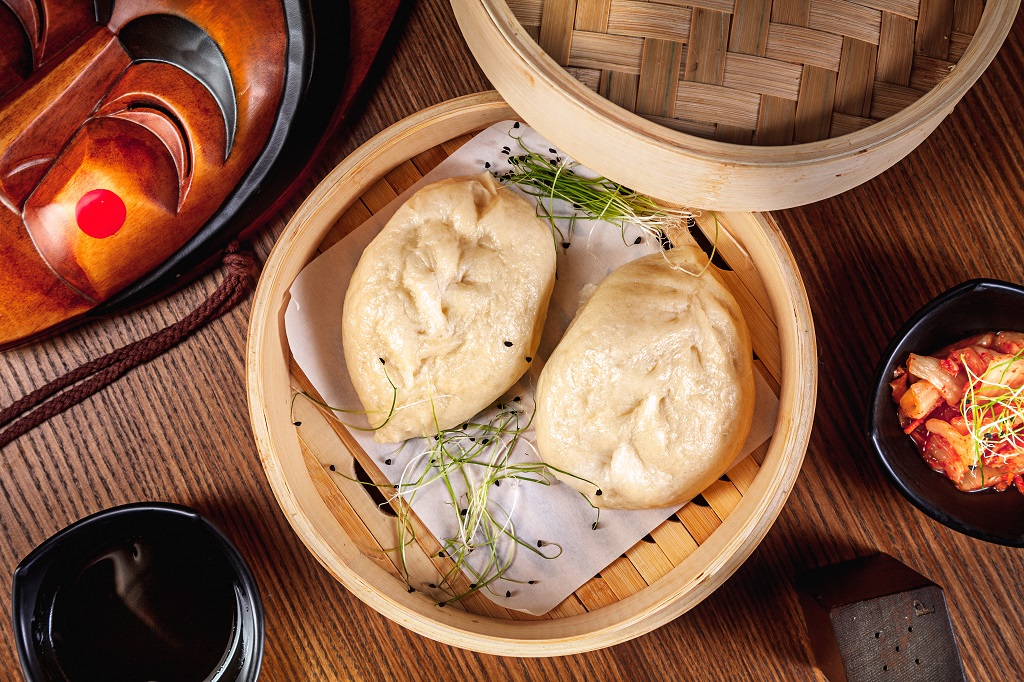 Amur residents love soya beans as well. They are offered fried, as an extra ingredient to meatballs or served as a "Soybean Sprouts a la Far-East" snack Another option is for restaurants: soy ball with pike fillet under lingonberry sauce.

Sweets in the Amur region are also unusual. Hawthorn jam, lemongrass-lingonberry jam with pine nuts, Amur honey cake, bird-cherry cake are excellent desserts. Among the gourmet delights is the Evenki yogurt made of deer milk and blueberry.

This is one of the favourite dishes of the Amurites and an indispensable attribute of their festive table. Dumplings filled with beef and pork are served in a pot under a flatbread loaf. The sauce for them is made of liver, onions, sour cream, garlic and tomatoes The standard portion includes 10-15 medium-sized dumplings. Some greens are added when serving.

In general, the Amurites can be called big enthusiasts of dumplings. They enjoy dumplings with ferns and pork baked in sour cream sauce with onions, as well as dumplings with soya and mushrooms.

Other peculiar dumplings of made of soy and wheat flour are the so-called "samurai". They are stuffed with chicken meat minced with cheese and onion. "Samuriki" are served with sour cream sauce or chicken broth.

An unconventional hamburger with pike burger is a gastronomic novelty in the region. But it already claims to be a speciality of the Amur region: it contains only local ingredients. To prepare the burger young pikes are used. Mustard, pickled onions, lettuce, lemon zest and basil are added as filling. Chefs advise to eat the dish chilled - then the smell and flavour of seasonings taste stronger. Vegetables or potatoes are usually ordered with the pikeburger. 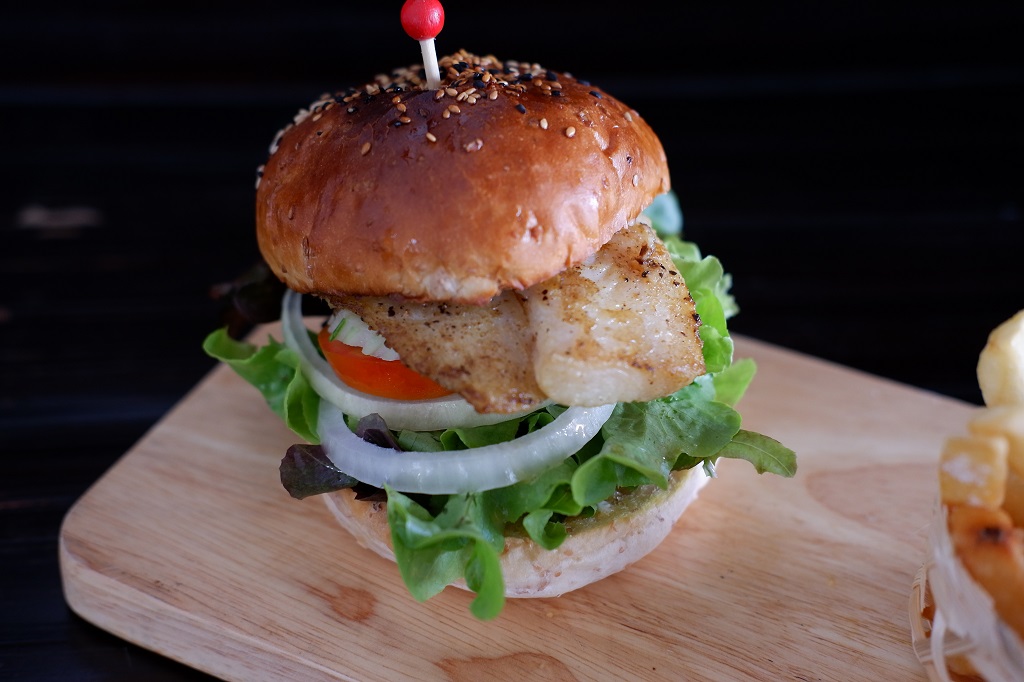 The proximity of Blagoveshchensk to the Chinese city of Heihe has naturally affected the cuisine of the region. One of the most popular salads among locals is called "Heihe". Transparent noodles, sliced cucumbers, carrots and cabbage are dressed with mixed soy sauce, vegetable and sesame oil, Chinese rice vinegar in certain proportions. Dry hen-of-the-wood mushrooms, pre-soaked in warm water, are also added to the vegetables and noodles. The Amurites recommend adding red pepper, pork and leaf tofu to your taste. 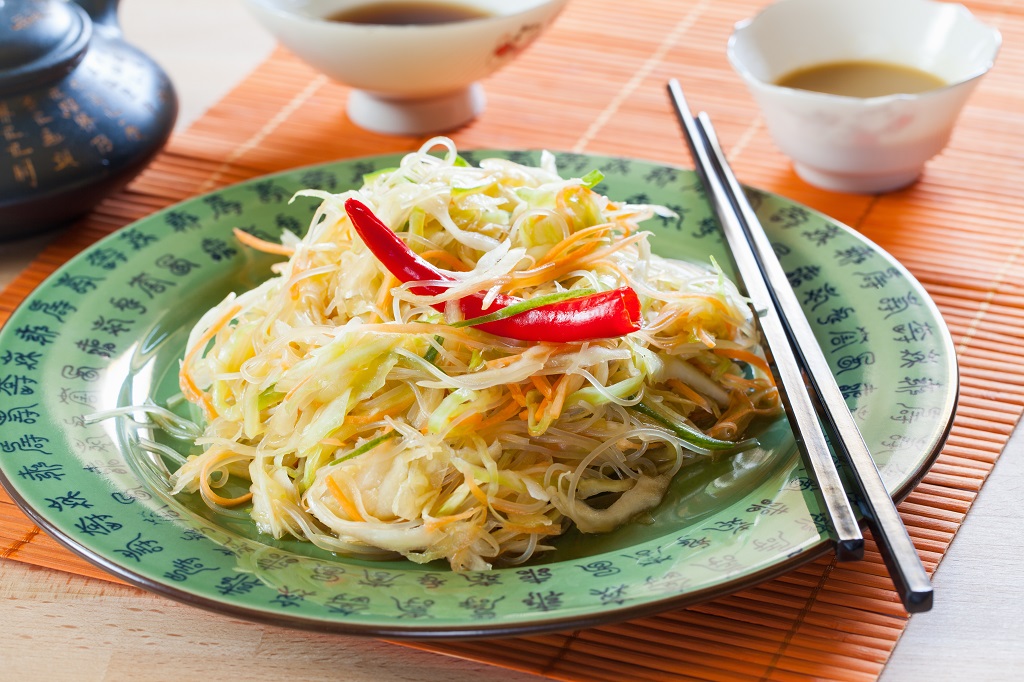 This is one of the most popular dishes in the region, which is most frequently searched on the Internet by the Amur Region citizens. The combination of sweet peppers, eggplant and potatoes, fried to a crispy crust in sesame oil, and soy sauce with starch diluted in water , leaves no one indifferent. Fried meat may be added to the dish, if desired You can sprinkle greens over the dish just before serving.

In Blagoveshchensk, you can buy food in tin tubes in vending machines and in the museum of Vostochny Cosmodrome Spaceport. The most popular types of space food are: borscht, chicken mashed potatoes, beef and vegetables, compote. By the way, these tubes don't fly to space anymore: astronauts are delivered food in airtight plastic containers, which are much lighter.

The wild boar meat is sliced into large pieces, lightly beaten, salted, gloved and grilled. The main highlight of this dish is the sauce of taiga lingonberry. The berries are washed, dried and seasoned with sugar, cinnamon and ginger, filled with water and boiled. The meat is poured with sauce, the dish is also served with a lingonberry drink. 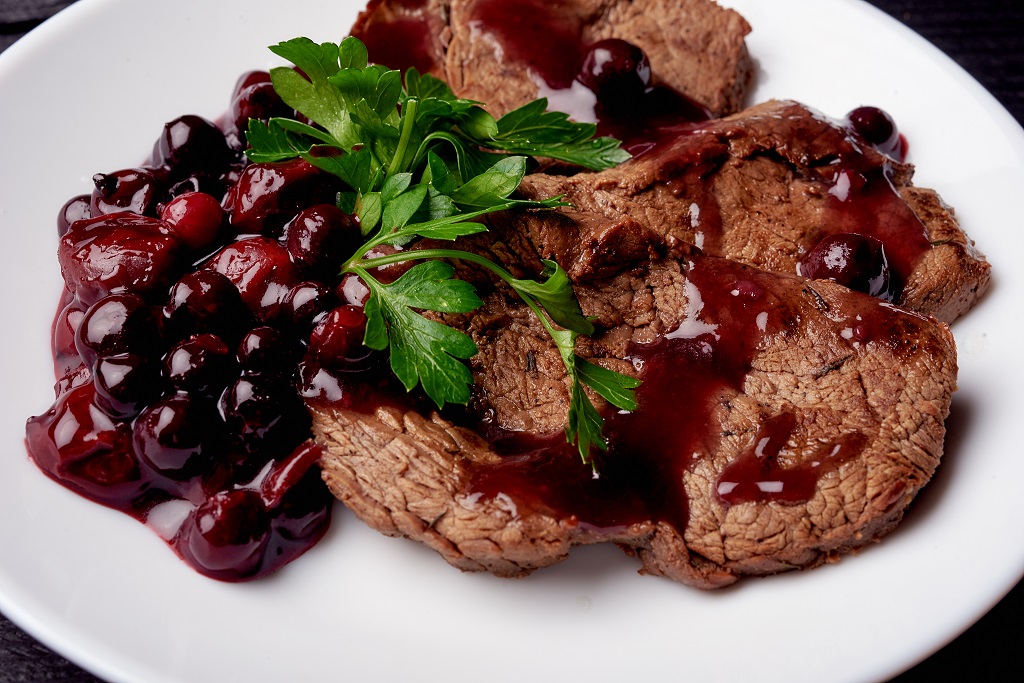