An expedition to Mountain Lukinda situated in the Tynda District of Amur Region starts on 22 February. 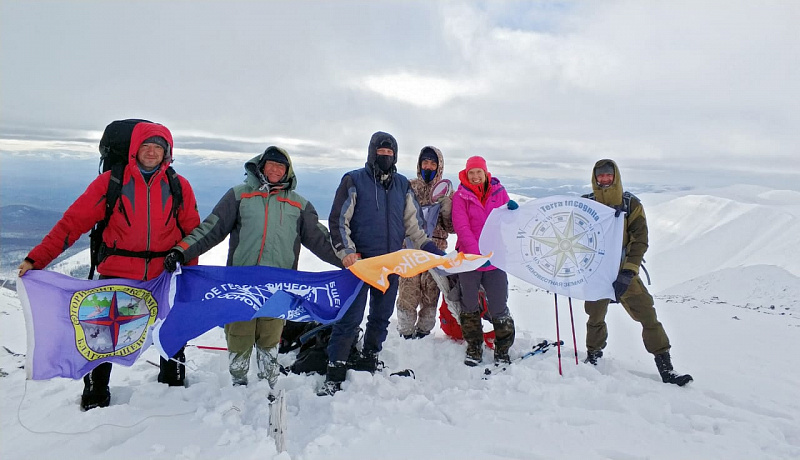 The list of participants includes representatives of public tourist organisations, Amurbike Multisport Association, Civil Aviation's Rescue Team. Thrill-seekers will have to make over 80 km through snowy Taiga along frozen rivers. A group of six will dedicate their ascend to Defender's Day.

'We have a tradition to conquer a peak higher than 1,500 m each year on 23 February. We've already conquered Dzhagdy Ridge (Zeya region), Chilchi and Atychan Mountains (Tynda District), Ezop Ridge (Selemdzhinskiy District) and others. This time, we've chosen Lukinda. They say, it's an extinguished volcano. Looking at it from above, you will see that the mountain is really a bit separated with something resembling a crater on its top. Our task is to prove this theory, explore a new tourist route and describe it', says Roman Shabanov, member of the expedition, representative of Amurbike Multisport Association.

There's almost no information about the northern peak in open sources. In Evenki, 'Lukinda' means 'a place where wild onion grows', or 'the tip of the arrow'. The mountain really has a pointy silhouette. The highest point is 1,571 m. The Evenki used to hunt for sables here. A lot of fur animals would move to Amur Region from Yakutia and settle in this territory.

It will take several days to get to the peak. Travellers will reach the city of Tynda and then the settlement of Ust-Urkim (Tynda District) by cars. The goldfield will be another stop, after which an off-road vehicle will take the group to the spur. Then, adventurers will have to walk around 80 km through snowy Taiga.

'We are going to sleep in tents. We'll take a small backpack-size iron stove, snowshoes, a navigator, ration packs. We are used to hiking at various temperatures, be it 15 or 42 below zero. Proper clothes make a difference. After the descent, we brew cocoa and drink magnolia-berry cocktail to get energised and invigorated. We are very thankful to locals and the administration who always help us in making the route', Roman points out.
Preparations for the expedition took two months. Tynda District is quite popular with those who love mountain hikes. In addition to amazing landscapes, this territory can boast a rich history. Evenki have settled here since the earliest times. Different tribes would use the mountains as landmarks to meet with each other for barter trade.